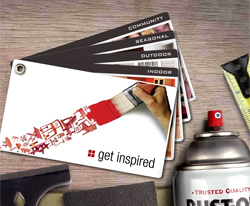 Update/Revise
Theres a high-seas adventure story behind the creation of Rust-Oleum coatings. Captain Robert Fergusson didnt intend to start Rust-Oleum Corporation nearly a century ago. He lunged for the container of raw fish oil before it spilled on his rusted metal deck.

But the Scottish-born sea captain noticed that his spill stopped the spread of corrosion. This observation led him to create the worlds first rust-preventative paint. But it wasnt easy.

The Captain landed and settled in New Orleans to spend years conducting painstaking (and smelly) research. He finally settled on a fish-oil based paint that stopped rust, dried overnight and left no lingering aroma. Rust-Oleum Corporation was born.

Today Rust-Oleum Corporation is a worldwide leader in protective paints and coatings for both home and industry. We offer a wide product range including decorative fashion paints, durable industrial roof repair coatings and, of course, the famous rust-fighting formula that started it all.