The awards were sponsored by Daltile, and were an opportunity to showcase craftsmanship. Projects were judged on scope, complexity, technical soundness and presentation, in the Residential, Commercial and Commercial Elite (projects of $1 million or over) categories.

Commercial Grand Prize Winner  H.J. Martin and Son
The Dick Resch & Family Learning and Conservation Center, Green Bay, Wis.
A 13,000-sq.-ft., $3.1 million event space and nature-based 4-K school were built at the Green Bay Wildlife Sanctuary. Ceramic tile flooring was used throughout the building for both its durability and ease of cleaning. Wood-look and pebble tile was used on both levels. In the event space, the pebbles create an outline of the main floor while on the lower level, the pebbles were set to create natural pathways for the children to use for wayfinding. H.J. Martin and Son installed intricately-designed ceramic tile to create natural barriers and wayfinding paths. The tile was selected to match the plumage of local birds for a natural effect. Architect and General Contractor: Keller, Inc.

Commercial Elite Grand Prize Winner  David Allen Company
The Grand Bohemian Hotel, Charlotte, N.C.
This 17 story high-rise with 254 guestrooms used more than 85,000 sq. ft. of porcelain, glass, and mosaic tiles in guestrooms, bathrooms, and throughout public spaces. The feature design included a cut-to-size pattern of 700 uniquely shaped triangles designed to emulate a galaxy flowing through the entry. This triangle pattern presented the challenge of having many small and sharply-pointed pieces that would not be effectively installed individually. Instead, individual tiles were grouped into pods that would allow larger sections of the pattern to be installed in the field, As the tiles were cut on the waterjet machine, each piece was labeled to match an overall key plan. Then, each group of tiles in that pod was assembled offsite. Epoxy grout was used to bond the pods together until they were set. Templates were waterjet cut to ensure the perimeter of each pod was perfectly accurate. This complex project was artfully orchestrated to finish with a beautiful and durable project. Architect : Gensler; General Contractor : JE Dunn.

NTCA is a leading trade association in the ceramic tile industry with more than 1500 members, representing thousands of tile and stone installers. www.tile-assn.com.

The National Tile Contractors Association (NTCA) has announced that as an added member benefit, all main contractor account holders will now have free access to NTCA University. Each additional subscription will still be...read more

The Tile Artistry Coloring Book, which features art tile designs to color, was published by the National Tile Contractors Association right before the 2021 holiday season, and is available on...read more

The National Tile Contractors Association (NTCA) has announced its 2021 Tile Setter Craftsperson of the Year Award in both the residential and commercial categories...read more 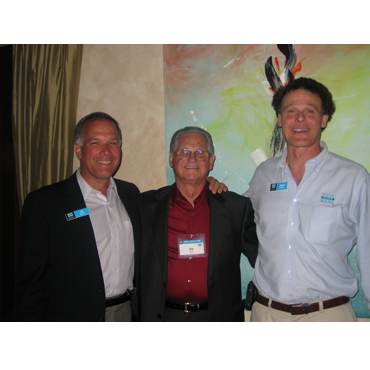