Since 1995, Roosters Brewing Company has been the place to go in Ogden, Utah, and is home to a diverse and eclectic population that gather together to enjoy a good beer.

This past November, the company decided to open up a new brewery, Roosters B Street, to serve customers as a brewery, dining and taproom space, in addition to retail and manufacturing space.

Since breweries are demanding beverage production environments for flooring due to wide temperature ranges that result in thermal shock, they selected to use LATICRETE SPARTACOTE products, which offer long-lasting installations, excellent chemical and stain resistance and are specifically designed to withstand this type of harsh environment.

The Situation
In 1995, Kym and Pete Buttschardt opened the first Roosters Brewing Company on Historic 25th Street in downtown Ogden, UT. The restored 119 year old building with a unique ambiance and outdoor patio made the 25th Street location a perfect place for meeting friends.

Roosters quickly became the place to go and a community gathering spot for Ogden's diverse and eclectic population. It's not unusual to see mud-splattered mountain bikers enjoying burgers and brews at one table while more formally dressed couples enjoy herb-crusted rack of lamb and fine wine at another.

Decades of success later, Roosters seeks to expand its brewing operations. This fall, Roosters Brewing Company plans to open a new brewery, Roosters B Street, in the new Trackline development located off of 24th and Avenue B in Ogden. In addition to approximately 13,000 sq ft (1208 m2) of brewery, dining, and tap room space, the campus will feature an additional 6,000 sq ft (557 m2) area for retail and manufacturing. Home to various other recreation companies, the new complex is being built-out as a lifestyle-centered industrial park. The site features a mile of spur trail leading to the new brewery, which is perfect for Roosters cycling-forward brand appeal.

The Challenge
Breweries are demanding beverage production environments for flooring. The wide temperature range of the water and its resulting thermal shock on the concrete floor when released causes delamination to normal epoxy coating systems, resulting in complete floor failure. Breweries require high up time for their production areas and cannot afford to have a floor out of service.

A LATICRETE Solution
Roosters Brewery owners sought a flooring solution that was long lasting, had excellent chemical and stain resistance, and was designed to withstand harsh thermal shock. They selected SPARTACOTE Urethane Cement with SPARTACOTE FLEX PURE Clinical Plus with traction additive as the solution to their 9,000 sq ft (836 m2) demanding brewery production floor. The success of any resinous flooring project is always predicated upon good concrete surface preparation. Without proper preparation, resinous flooring projects often result in failure due to surface contaminants, laitance and other bond breaking agents. SPARTACOTE Urethane Cement is no different, requiring a Concrete Surface Profile 4, which is best achieved by shot blasting the existing concrete.

Next, the resinous flooring crew began mixing the four part SPARTACOTE Urethane Cement material. For this brewery project, each batch consisted of a Part A resin, a Part B hardener, a Part C aggregate, and a Part D red pigment pack. The crew mixed the Part A and Part B together, then added the Part D pigment pack. Finally adding the Part C aggregate, all mixed in a 6 gallon pail (22.7 L). These are heavy batches, each weighing approximately 70 lbs. (37.8 kg). Noting this, the crew used a wheeled transporter to move material to the opposite end of the building for easy transport to start the application process.

The next day, the team prepared the top coat for the resinous flooring system. This top coat is SPARTACOTE FLEX PURE Clinical Plus pigmented bright red with SPARTACOTE GRIP traction additive. The floor owners picked this color because it aligns with Rooster Brewerys logo and branding. The resinous flooring crew staged the material at one end of the building for mixing and began dispersing SPARTACOTE pigment to the Part A. They then mixed in the Part B for two minutes with a slow speed drill. Using the same transporter, they began applying the SPARTACOTE FLEX PURE Clinical Plus material at the opposite end of the new building, working their way back to the staging and mixing area.

The applicators poured out a ribbon of mixed material and immediately squeegeed it onto the surface. Following the squeegee, four crew members on spikes began rolling the material out in a perpendicular fashion. Lastly, one crew member followed the four other rollers performing his own backroll perpendicular to the other three. SPARTACOTE FLEX PURE Clinical Plus resinous material was applied at 200 sq ft (18.58 m2) per gallon. The coatings crew worked in this fashion for approximately 1 hour until the process was complete and the entire 9,000 sq ft (836 m2) of floor space was covered in bright red, resinous material. The SPARTACOTE FLEX PURE Clinical Plus top coat provides the brewery with antimicrobial protection and excellent abrasion, stain, and chemical resistance. Curing in 2 hours, this SPARTACOTE floor allows for fast return to service.

The two small breweries in Ogden and Layton have been at capacity for the last couple of years, said owner Pete Buttschardt. In order to keep the shelves stocked and expand, weve been working to create a dedicated production facility and move to canning.

The Outcome
The new Roosters Brewery opened in November 2018.
This new facility really matches our brand and our vision. We couldnt be more excited for what this means for Roosters Brewing Company
-- Pete Buttschardt,
Owner of Roosters Brewery 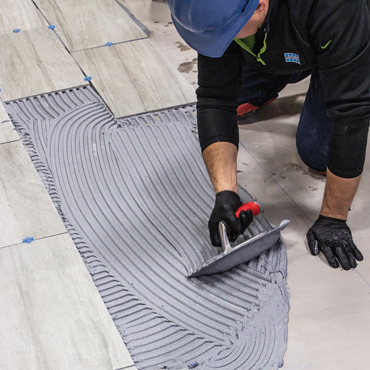 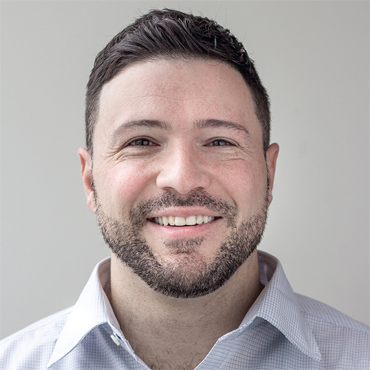 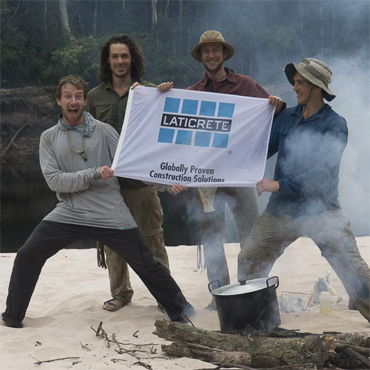 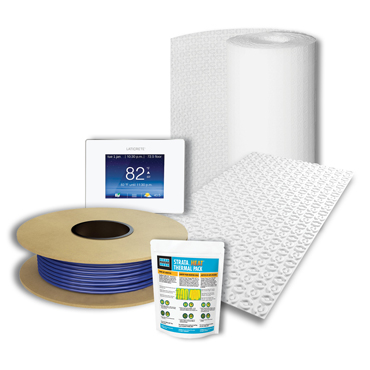 October 7, 2019, Bethany, Conn. -- LATICRETE, a leading manufacturer of globally proven construction solutions for the building industry, has been selected as an honoree of Floor Covering Weeklys GreenStep awards for STRATA_HEAT the most advanced...read more