(Chicago, Il - February 2019) When it comes to commercial interiors projects, theres no doubt that the human experience is the universal common denominator, the most important consideration when designing a built environment. Beginning with a powerful keynote lineup headlined by Robin Standefer and Stephen Alesch, Ilse Crawford, and Liz Ogbu, the 2019 edition of NeoCon (June 10-12 at the Mart in Chicago) shines the spotlight on human centered design. This focus also takes shape as over 500 brands introduce innovative solutions across vertical markets including workplace, hospitality, education, healthcare, government and residential.

Monica DeBartolo, Director of Programming for NeoCon says, While they hail from diverse backgrounds, our 2019 keynote presenters have all explored, studied and implemented practices and methodologies that focus on empathy and the human experience. This will come to the forefront in their dynamic presentations and will also be explored in NeoCon's robust CEU seminar program, which boasts over 100 sessions across a number of educational tracks. Whether its a corporate office, boutique hotel, urban environment or public space, ultimately it is the fundamental needs of people that will help define the future of commercial interiors."

The 2019 keynote presentations in detail include:

The Familiar and Unusual: An Investigation of Balance and Experience in Design
Robin Standefer and Stephen Alesch
Founders, Roman and Williams Buildings and Interiors, New York
Monday, June 10
8:00AM in the NeoCon Theater, 19th Floor, The Mart
Presented by IIDA

The opening presentation features multidisciplinary designer Robin Standefer, who will address the Familiar and Unusual, followed by a Q and A along with Stephen Alesch. Having first worked together for a decade designing sets for Hollywood films, Robin Standefer and Stephen Alesch founded Roman and Williams Buildings and Interiors in 2002. The pair have forged an ability to create projects without boundaries or borders, employing a range of materials, objects and referencesfrom the unexpected to the pedigreed to the mundane. They are designers of interiors, buildings, furniture and objects whose philosophy has spearheaded a movement in the industry against corporate modernism. The spaces they create reflect the narrative of the people who occupy them as well as the couples singular vision which gives their design a sense of power and cohesion.

Ilse Crawford is a designer, academic and creative director with a simple mission: to put human needs and desires at the center of all she does. As founder of Studioilse, together with her multidisciplinary, London-based team, she brings her philosophy to life. This means creating environments where humans feel comfortable; public spaces that make people feel at home; and homes that are habitable and make sense for the people who live in them. It means designing furniture and products that support and enhance human behavior and actions in everyday life. It means restoring the human balance in brands and businesses that have lost their way.

Do No Harm: The Role of Design in Complicated Times
Liz Ogbu
Founder and Principal, Studio O, New York
Wednesday, June 12
11:00AM in the NeoCon Theater, 19th Floor, The Mart
Presented by AIA Chicago

A designer, urbanist and spatial justice advocate, Liz Ogbu is founder and principal of Studio O, a multidisciplinary consultancy working to innovate challenged urban environments globally. From designing shelters for immigrant day laborers in the US to a water and health social enterprise for low-income Kenyans, Liz has a long history of working with communities in need to leverage the power of design to catalyze sustained social impact. Her work blends human-centered design research methodologies, architecture and equitable development principles, cross-disciplinary design thinking frameworks and social agendas.

No matter the project, the emphasis is on listening and responding to human needs and the requirements of those who live, work and interact in the space. This human centric approach extends beyond programming into a myriad of product launches from leading manufacturers on every floor of the Mart. NeoCon attendees will be among the first to encounter the next frontier of products addressing these needs from NeoCon showrooms such as Humanscale, Haworth, ESI, Workrite, Steelcase, Herman Miller and Allsteel as well as 7th Floor exhibitors Pedrali, DeVorm, Framery, Mikomax and Narbutas to name a few.

About NeoCon
NeoCon is the worlds leading platform and most important event for the commercial interiors industry, held each year at The Mart in Chicago. Since launching in 1969, NeoCon has served as the annual gathering place for the commercial design worlds manufacturers, dealers, architects, designers, end-users, design organizations and media. The three-day event showcases game-changing products and services from both leading companies and emerging talentproviding unparalleled access to the latest and most innovative solutions. A robust educational program of keynote presentations and CEU sessions offers world-class expertise and insight about todays most relevant topics as well as the future of commercial design. NeoCon is open to trade, media, C-Suite executives and other industry-related professionals. www.neocon.com

NeoCon® is a registered trademark of theMART, a Vornado Property.

About theMART
theMART (formerly The Merchandise Mart), located in the center of the sought-after River North submarket, is interwoven into the fabric of Chicago as an innovator in business, technology, culture, art, media and more. As the largest privately held commercial building in the United States, it is one of the worlds leading commercial buildings, wholesale design centers and the preeminent international business location in Chicago. Encompassing 4.2 million gross square feet, theMART spans two city blocks, rises 25 stories, and is visited by an average of 30,000 people each business day and nearly 10 million people annually. Offering continuous innovation and creativity from leading manufacturers and design forward showrooms, theMART serves as the home to Chicago's most creative and technologically innovative companies. 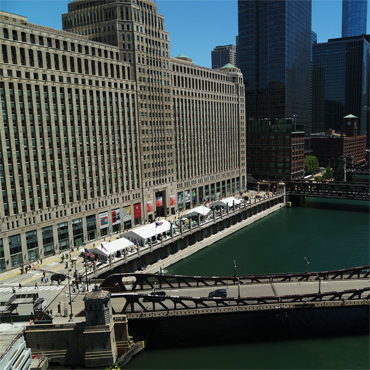 (Chicago, IL, October 2019) Extensive planning is underway for the 52nd edition of NeoCon, the worlds leading platform and most important annual event for the commercial interiors industry, running June 8-10, 2020, at theMART in...read more 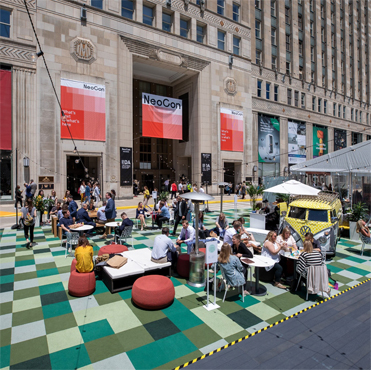 (Chicago, IL, June 2019) The 51st edition of NeoCon, June 10-12 at The Mart in Chicago, was a resounding success, further establishing itself as the premier, global platform for connecting, learning, and...read more 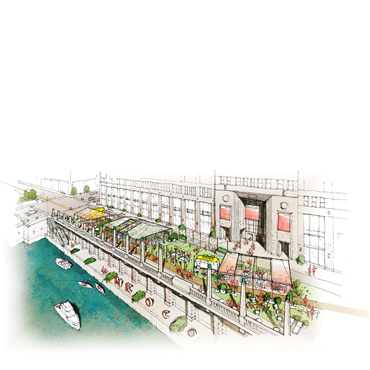 (Chicago, Il - May 2019) NeoCon, the worlds leading platform for commercial design, serves as an annual resource for trade professionals and C-Suite executives to stay abreast of whats new in...read more

(Chicago, Il - May 2019) NeoCon, the leading platform and most important event of the year for the commercial design industry, announces numerous new and expanded showrooms ahead of its 51st edition, running...read more

NeoCon 2019: A Focus on Hospitality in Programming, Products & More