The Winners of The Quinquennial Tile Award, 5th edition

Sassuolo, 11 September 2018 - Five projects from North America, Africa, Europe and Asia, the winners of the fifth edition of the international award created and sponsored by Fincibec Group, tell of the multiple expressions of international architecture. The Quinquennial Tile Award, 5th edition, will end on 25 September in the majestic Palazzo Re Enzo, in the centre of Bologna, with the award ceremony dedicated to the designers who, in the past five years, have creatively and artfully used the ceramics solutions of the Fincibec Group companies (Monocibec, Century and Naxos) in their projects.

The QTA5 jury, made up of three distinguished experts in the sector of ceramics, design and architecture, awarded the first prize to the "Mc Clure project", a luxury residence in the Country Club in La Quinta, California (USA). Surrounded by the beautiful landscape of the Coachella Valley, the villa offers a breath-taking view of the Santa Rosa Mountains from its raised position. The designer chose neutral and elegant ceramic finishes that fit in with the minimalist furniture, based on white and grey tones, and that allow to perceive the full intensity of Nature in southern California through large glass windows.

The winner of the second prize is House Kashula, in South Africa. This structure, with Jerome Starkey's contemporary design, is characterised by simple, clear lines and large windows that allow the beauty of the surrounding natural environment to enter. It is deliberately devoid of any decorative elements. The flat roof and the sequence of asymmetrical shapes make House Kashula a harmonic element that is perfectly integrated into the surrounding landscape - a mountainous region that also inspired the materials and finishes used in this project.

The third prize goes to a new production plant in Collecchio (Parma, Italy), designed by the Reggio Emilia-based firm IOTTI+PAVARANI. This dynamic local industrial venue now has a AAA+ building that houses the executive offices. The exteriors of a private residence in Alpine (New Jersey, USA) come fourth. They were designed using the full potential of the technical characteristics and different laying solutions of the ceramic products with grip surface and 20 mm thickness. The fifth project to be awarded a prize is the Riu Sri Lanka Hotel, with 500 rooms, furnished and equipped to offer guests every comfort, and built on the magnificent Ahungalla beach, one of the island's best known and appreciated destinations.

The award ceremony also marks the beginning of The Quinquennial Tile Award, 6th edition, which follows the usual format - over the next 18 months, residential, commercial, public and industrial projects built between 2015 and 2019 will be allowed to enter the competition. For more information, registration forms and the full competition rules, please check the official web site.

To discover the new Monocibec, Century and Naxos collections and to learn more about the most innovative ceramics solution, you can visit the Fincibec Group stand at the Cersaie 2018 trade show, held in the Bologna trade show district from 24 to 28 September.

The Infinite Solutions of Fincibec Group Ceramics at Coverings 2019

Sassuolo, 9 April 2019 - Large ceramic slabs for architecture and furnishings, collections of surfaces for floors and walls for residential, commercial, and public projects, for indoor and outdoor environments, even with...read more 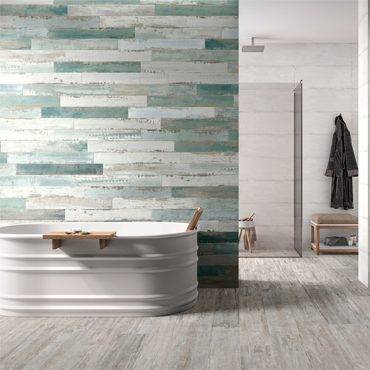 Sassuolo, March 2, 2018 - The Fincibec Group will participate in Coverings 2018, the most prestigious event in the North American sector, to present new collections and innovative solutions that feature ceramics in...read more